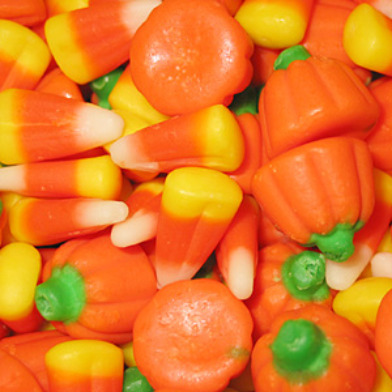 Personally, I think it’s safe to say that San Francisco’s favorite holiday is Halloween. The excuse to dress like a trampy journalist combined with eating hideous amounts of chocolate while wandering around the city with a mob of Zombies certainly puts it up there in my book. Here’s our ideas for ways to keep your Halloween weekend going for as long as possible, tell us what you’re up to (better suggestion for my costume also appreciated)!

Parties
Star Wars Costume Party: Thank you CellSpace for feeding my inner nerd with an excuse to dress like Princess Leia on Thursday. No blasters. No Blasters! Ok, we’re done now.

Zombie Mob and Prom: A group of zombies will be meeting at 16th and Mission at 8:00 pm on Friday for a procession that will march straight to El Rio (3158 Mission St), where they will hold some sort of prom. Expect cheap stiff drinks that could wake the undead.

Lucha VaVOOM presents MASKerade: Cramps tribute, burlesque, and Mexican wrestling at The Fillmore on October 31st. I don’t know how they could make this event any more awesome.

Freaker’s Ball: Raindance is throwing an epic party with 3 rooms of sound, art, large installations, and performances in the street. It’s all happening at the new venuePublic Works in the Mission.

Street Party in Mission: Join the Bold Italic for a “microhood” party Thursday night with a night of art, food, drink, fashion, and a blood-splattered, Dexter -inspired photo booth. Plus La Victoria Bakery‘s pop-up Soul Cocina Kitchen will have food and FREE BEER.

Ghost Ship: If you didn’t make it to the Treasure Island Music Fest, now’s your chance to go there as a zombie. A 6,000 sq ft Ghost Ship holds 35 DJs from Burning Man famed theme camps as well as 7 unique environments, art installations, a dozen art cars, full bars, and costumes galore.

SF Halloween Ball: Another big event on Saturday, this is a little bit more boom-boom and less Burning Man. But it does take place at the historic City Hall, which is kind of cool.

Haunted
SF City Guide Haunted Walks: San Francisco is full of haunted spots including the Civic Center (which is built upon a cemetery!) and The Palace (where Kings and presidents died). Explore on-foot this weekend and try to catch a glimpse of local ghosts. Katie interviewed Rob Spoor, who guides these tours, read it here.

The Haunted Presidio: Join a ranger- and docent-led tour to learn about the mysteries and unexplained events of the Presidio’s 200-year history.

Vampire Tour: Take a unique tour of the city’s hidden historical spots with a Vampress who shows a gothic perspective of San Francisco.

Kronos Quartet:Crumb’s score draws from an arsenal of sounds, including shouting, chanting, whistling, whispering, gongs, maracas and crystal glasses, to depict a voyage of the soul in three parts. A perfect musical event for Halloween, more info here.

The David Brower Center’s All Hallows Gathering: Join the Brower Center for a party in honor of their first year. Featuring a performance by DJ Cheb i Sabbah and an Earthdance Film Festival featuring extra-short-attention-span films, proceeds from the evening benefit one of the Bay Area’s most advanced green buildings.

Trannyshack Halloween: DNA lounge is getting known as the new home ofTrannyshack shows, and this one should definitely be a wild one. Your hostesses for the evening first decided to throw the fright-night in response to years of violence at the Castro Halloween Event. Peaches and Heklina hope to continue their holiday tradition, mixing outrageous creativity with terrifying results in a safe space.

Treats
Speakeasy Hootenanny: One of my favorite local breweries is having a Halloween party on Friday the 29th. Attractions include bluegrass music, Punkin’ Pie Payback Porter, and The Don IIIPA [very limited release].

Flesh and the Devil Halloween party: Heart winebar is having an “anti-Halloween” party according to SF Weekly. I don’t know exactly what that entails, but I’m guessing wine and vittles will still abound.

Arts & Cinema
Michael Jackson’s Thriller: Perhaps the best Halloween movie of all time (IMO) will be shown at midnight on Saturday with 3D glasses at Madrone Art Bar. I’m already practicing the dance.

Zombie Town: Stage Werx presents a special Halloween showing of what happens when a horde of flesh-eating zombies overrun the small West Texas town of Harwood.

Poltergeist Party: This spooky event at the Castro Theatre includes a live interview with JoBeth Williams, a “Carol Ann Look-Alike Contest” hosted by Connie Champagne; “Poltergayest” – A Horrific Fashion Show performed by The Sick & Twisted Players; and an out of body screening of the 1982 horror classic POLTERGEIST.

Shocktoberfest: The program will feature 3 one-act plays, including a 1929 shocker from the repertoire of Le Théâtre du Grand-Guignol the original French horror theatre. The bill culminates with Thrillpeddlers’ famed black-out spook show finale when ghostly apparitions materialize before the audience’s startled eyes. The Hypnodrome’s “Shock Box” seats provide pairs of patrons with privacy and an added jolt of “lights-out thrills.”

Halloween Spooktacular: The historic Roxie Theater is showing a feature double-header on Friday night with The Atom Brain and the Man from Planet X. Prepared to be scared by the OG horror flicks.

And a little of everything else
Pumpkin Patch:Clancy’s opened San Francisco’s first Pumpkin Patch in 1979, and has been offering urban hayrides, pumpkins, and a hay maze ever since.

Pet Parade: On Saturday at 1pm bring your costumed pet for the 20th Annual Pet Parade in Potrero Hill! 60 trophies will be awarded to participants.

Alley Cat Halloween Bike Race: Work up an appetite for candy with a bike race and scavenger hunt on Sunday afternoon in Golden Gate Park. All proceeds benefit Up On Top, a Tenderloin neighborhood afterschool program for low-income elementary school students.

Spooktacular Twilight Tour: Have kids looking for a spooky (but not going to keep you up all night) event? Check out the Zoo‘s fun-filled evening that includes a nocturnal safari and carving pumpkins for the animals.