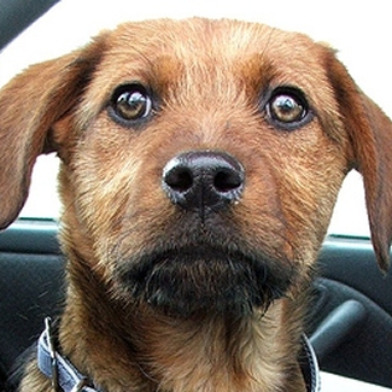 From the tone of the comments sections on local news sites, to Burning Man, to neighborhood differentiation, “I finally figured out where Upper Haight ends and Lower Haight begins,” to the whole concept of artisan macaroni and cheese, it has become exceedingly apparent that San Franciscans take themselves almost as seriously as Pamela Anderson on Comedy Central’s Roast of David Hasselhoff.

Maybe it’s just that they don’t find themselves to be particularly funny, or maybe it’s that, as a wise woman once told me, they’re a bunch of Asperger’s-tinged literalists, (and what is a literalist if not someone with Asperger’s?) but whatever the reason Friscans (they love to be called that) are about as self-serious as my roommate Jacqueline is about not being called Jackie, or Jacqui as the case may be, which is pretty fucking self-serious. Case in point:

I was standing on a street corner in SoMa on a windy afternoon waiting for the light to change. This statement of course could be used to describe my whole life. There were a bunch of other people waiting with me, including a woman in a wide-brimmed fedora.

Suddenly, in a strong gust, the fedora was swept from her head, sailed through the air, and landed in the middle of Townsend where it laid for a few seconds before being crushed under the tire of an Acura, emerging a few seconds later looking like a cow pie.

“Oh!” the group cried in unison. Everyone that is, except the owner of the hat, who throughout this little drama, had continued talking on her phone, not once acknowledging the fate of the hat that not a minute ago had been sitting atop her little head.

We were still waiting for the life to change (I meant to write ‘light’ there but I think this works better), and glancing surreptitiously in her direction, when she turned on her heel and without a backward glance began walking quickly in the opposite direction.

One could almost admire her studied stoicism in the face of freak hat loss, and even imagine that she felt so bad about the hat that she couldn’t bear to retrieve the body, but I don’t believe that was the case. Reader, she was embarrassed.

Like the people who won’t take home leftover beers that the host is threatening to throw away, the ones who trip on nothing and refuse to crack a smile, or strangers who won’t acknowledge that it’s funny and neat that we’re wearing the same shoes, she took herself too seriously to laugh, or to even act sane, and missed, like so many of us do, one of the few opportunities we get to act human in front of other people.

The light mercifully changed, and a man darted into the intersection to retrieve the hat. He turned as if to chase her down, but she was gone.

I felt bad for the hat, and for us at having been diminished by the ridiculous embarrassment of one of our own. I thought about it part of the way home. I should have laughed instead.