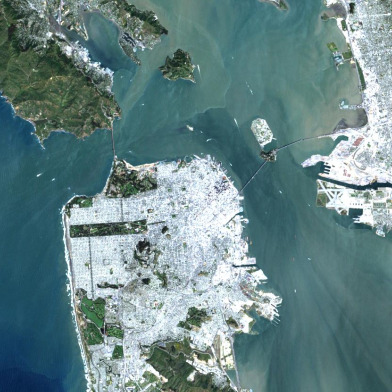 It is of interest to note that whether the observation is good or bad doesn’t seem to matter, and you will often find a San Franciscan laughing just as hard at a put-down as at a put-up.

This can be explained in a couple of ways. The first being that nothing was ever satirized that wasn’t also loved. The second is that defensiveness is simply not a phrase that figures prominently in the San Franciscans’ personality, which makes it very difficult to offend them in any kind of meaningful way.

Even pointing out how egotistical it is to love observations about yourself simply because they are about you will only be met by a smile and a suggestion to go for a bike ride. You obviously can’t beat a San Franciscan, so you might as well join them for that bike ride or risk letting their egos get so large that they no longer fit into their helmets, and they hurt themselves.

What I’m trying to say is that left to their own devices San Franciscans will kill themselves with kindness 20 times a day.

This can all probably be explained by a quote from the movie version of The History Boys: “The best moments in reading are when you come across something – a thought, a feeling, a way of looking at things – that you’d thought special, particular to you.”

Which is also the best part of reading about San Franciscans when you are a San Franciscan. It makes us feel good, important, not alone, glowy, peachy, beachy, basically a lot like how Gisele probably feels everyday of her life, and she’s not even a San Franciscan, which is thought provoking.

Since most San Franciscans claim to be at least half Buddhist on their mother’s side, it would serve to reason that they would be less into self-aggrandizing observations about their own lives and more into the idea of “little people, big world.”

But it turns out that that kind of magical thinking doesn’t really interest them, me, us, you. What we really want is more information about us. We are the world, or at least our world, which might be bad, but is probably just normal, which to a San Franciscan is worse than bad, which is also normal.

We leave you with a poem, which might be about San Franciscans, but might not, either way it’s worth-reading.

You aren’t swept up whole,
However it feels. You’re
Atomized. The wind passes.
You recongeal. It’s
A surprise.
–Kay Ryan