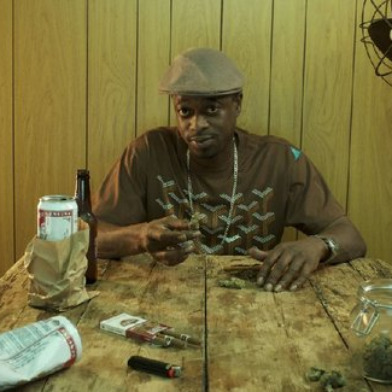 Tuesday, September 14: If The Strokes were musicians back in the 50’s, they would sound something like The Walkmen. And that’s a great thing, as the band (who are also from NYC) have a thing for rock and roll played on dirty old instruments and a result get a comfortingly retro feel. See the band tonight with Japandroids opening for them. Show starts at 8pm at the Fillmore. Boogie for a total of $32.75.

Wednesday, September 15: The Mexican band Jaguares may be considered alternative rock, but the Spanish influence they show gives the band an especially flavorful and soft side to compliment aggressive choruses. You can see the five musicians from Mexico City at the Fillmore on Wednesday for $62.45. Show starts at 9:00pm.

Thursday, September 16: Mike Posner recently rose to fame from a song called “Cooler Than Me,” about a girl in one of his classes at Duke. He ended up graduating with a degree in Sociology, getting on the Billboard top 100 chart, and that very same girl came after Mike. But no such luck, Posner knows better than that. See the singer and DJ at the Fillmore on Thursday at 7:00pm. Tickets are $33.

Thursday, September 16: Devin the Dude is 40 years old now, but that can’t stop his funky flows. The stony MC is an underground gem, just don’t expect him to show up on time. What you can expect though, is a night of contact highs and laidback hip hop. Show starts at 9:00pm (maybe), tickets go for $20 .

Friday, September 17: Ratatat switched up their style a bit on their newest album, LP4. And no, it didn’t turn out badly. Come dance to it, as well as their classics, this Friday at the Warfield. Get in for $27.35, synths and bass start at 9:00pm.

Saturday, September 18: There’s nothing like seeing a band near their home base. That’s why this is a great opportunity to see The Mother Hips this Saturday at the Fillmore. Their psychedelically influenced brand of folk starts at 9:00pm, tickets can be had for $29.

Sunday, September 19: You’ve got to respect a band that’s been around almost 30 years, especially if that band is The Cult. The British band of rock royalty is coming to the Warfield this Sunday at 7:00pm. Grab a seat for $35.75.

Spin threw together a little collection of their 20 favorite songs from this summer, and considering San Francisco’s weather patterns, it’s perfect timing. They even stream each of the songs, so go ahead, get back in to summer mode.

If you like Arcade Fire or The Drums, well, if you like either you probably like both. But the point is, The Drums covered Arcade Fire’s “We’re Sure to Wait” a while back at a show, adding a little more oomph to the song. Download the track for free right here.

The English DJ Doorly knows how to do a proper remix. For Marina and The Diamonds “I Am Not A Robot” he leaves most of the song intact, and instead focuses his energy on massive drops, just as he does best. I’d never heard of Marina before, but she’s got an awesome voice that matches perfectly with the baila style beat. Have a listen.

Trackademicks is a hip-hop producer who helped accelerate the ultra rowdy and now extinct hyphy movement. He’s also an alumnus of USF and an Alameda native. On his newest track called “Fool on the Hill” he lays smooth rhymes over an even smoother beat with fellow rapper Phonte. Listen and download at SF Weekly.

The Smashing Pumpkins have released a new song called Spangled and they’re featuring it on a site called Sweet Relief (get it here), which provides help to down and out musicians. Spangled is off their upcoming album Teargarden by Kaleidyscope, which will have an unbelievable 44 songs. Get two others off the album here and here.

It’s pretty easy to make fun of Chiddy Bang, two college guys who came to fame by producing and rapping over songs that sampled MGMT and Passion Pit. But with the help of Pharrell Williams, the group put out a respectable, original track, with an unoriginal title. It’s called “The Good Life,” form your opinion here.

Once again, Spin and iTunes bring us their monthly collection of songs, this time for the magazines October issue. Download the playlist which features John Legend and the Roots, Miniature Tigers, Bad Religion and more.

Heard it Through the Grapevine:

Flying Lotus has announced that he’s releasing another album – called Pattern + Grid World – before the years end, just a couple months after dropping the extremely well received Cosmogramma disc. Not only is he destroying and remaking genres, he’s pumping out quality music at a quick rate. And with the music industry having such a short attention span, that’s just more proof that FlyLo knows exactly what he’s doing. See the cover art and hear a track from the EP here.

Daly City isn’t much of a DJ hot bed, but that didn’t stop DJ Qbert from being voted as America’s best. The mix-master, who started his own scratch university, beat out top names like A-Trak, Kaskade, and Wolfgang Gartner in the ‘America’s Best DJ’ competition that recently wrapped up. Qbert will be praised at a Las Vegas party next month.

For some reason I imagine that when rock stars are growing up, they listen to some rare, magical music that gives them the skills to create more magical music. But no, they listen to the exact same stuff we do, at least in Ezra Koening‘s case. The singer of Vampire Weekend talks to Pitchfork about what he listened to as a youngin’ and later into his life. It’s oddly relatable.