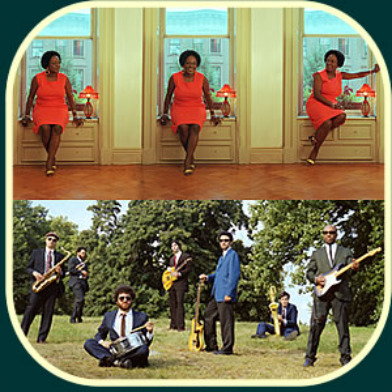 This is what SF is all about. Free peeing in the bushes and free people watching. Love of music, love of people watching, love of any excuse to drink outside/early. My advice from last year stays the same: bring portable drinks/eats/blankets, bring some layers, bring some friends. Don’t rely on your cell reception, with 750,000 +, it doesn’t really work out.

I must say, this year’s lineup is pretty, pretty good. Unfortunately, Justin Townes Earle, who I’ve been digging like crazy lately, has pulled out of the festival due to rehab. Let’s all mourn the sadness of his absence and hope he gets well enough to perform in SF soon.

View the schedule here, and find out what time all the skinny, tall, sensitive, bearded white guys with vintage button downs of SF will all congregate in one place, temporarily lifting the douchery curse from the rest of the city (hint: Saturday, 2:30ish).

Jenny & Johnny (4pm): Jenny Lewis and her boy Jonathan Rice will perform before couples just like themselves. You know the ones.

The Dukes of September featuring Donald Fagen, Michael McDonald & Boz Scaggs (5:45pm): For the first time ever men with beards are takin’ it to the streets to perform together in a once and a lifetime performance.

Saturday
Jonathan Richman featuring Tommy Larkins (12pm): You might all remember my crazy love for Jonathan (70+ shows and counting), and although smaller venues are the best (like the Makeout Room), the first time I saw him was at a free outdoor concert in 2001, and he won the hearts of all. I know it’s early in the day, but it’s something not to be missed.

Jon Langford & Skull Orchard (11:45am): Jon Langford, lead of The Mekons, is a hoot to watch even though it conflicts with Jonathan. Eek. However, he is performing on Sunday at Amoeba on Haight!

Exene (1:00pm): Former lead of X and The Knitters, this punk lady is just as great as Patti Smith.

Songwriter Circle with Steve Earle, Robert Earl Keen, John Doe & David Olney (2:30pm): Former bandmate of Exene’s and a master all on his own, John Doe, with Justin Townes Earle’s father, Steve Earle, and two other greats join together.

Holly GoLightly & The BrokeOffs (4:00pm): I picked up this latest album on a roadtrip to Vegas, and I really dig it. Holly GoLightly, former member of The Headcoatees and good friend to Billy Childish, goes a little more country in her already retro-ish sound. She’s just overall a cute Brit button. No girlie drone here!

Lucero (11am): This might be too early for some (like me who’s throwing a big-ass Birthday Bash Saturday night, after dragging Festival virgins around all day), but this punk-with-flecks-of-country might be fun to watch.

Randy Newman (2:05pm): Short people got no reason to not come to HSBG!

Dave Alvin & The Guilty Women (2:10pm): Dave Alvin is another former member of X and The Knitters, and with his low voice and non-country-ish but country-ish style, they are always a pleasure.

Elvis Costello & The SugarCanes (3:05pm): I’m always thinking that I’ll just go see him because he’s so legendary – but it always turns out to be fun! And you know he’ll end his set with the fantastic “What’s So Funny Bout Peace Love & Understanding”, which is a Nick Lowe song.

Nick Lowe and his band (4:40pm): Nick Lowe is absolutely one of my favorite artists of all time, and he usually plays solo. But this time it says and his band. He makes me cry happy tears every time and really, this old punk-new wave Sire is not to be missed. And his band.

Sharon Jones & The Dap-Kings (5:50pm): I actually picked up her new album at the same time as the Holly GoLightly one (I’m so hip, see, I knew they’d go good together before the rest of you), and it’s really a step above her previous. They tend to play lots of pricey festivals or at the Warfield, during my times of poverty or unavailability. So I’m really excited to see them, for free or otherwise. If you want to get people to join you at HSBG, but they’re not interested because they’re ignorant to the event, tell them that Sharon Jones & The Dap Kings are on, and guarantee they’ll have their dancing shoes on and out the door in an instant.

Well, that rounds out my picks. There’s so many more bands to go see – so be safe and have fun!