Things San Franciscans Like: The Phrase “The coldest winter I ever spent was a summer in San Francisco” 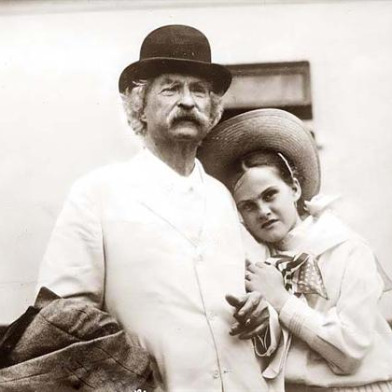 Never will you hear so much local pride in shitty weather as you will coming out of the mouth of a San Franciscan in the summertime. Of course, you must bear in mind that summer in San Francisco is like opposite day in that it’s actually winter and it also sucks.

This is not to say that the rest of the hemisphere’s winter is San Francisco’s summer, because that is also San Francisco’s winter. All this winter doesn’t make for any great days at the beach, but it does allow San Franciscans to misattribute a quote to Mark Twain over and over again, specifically, “The coldest winter I ever spent was a summer in San Francisco.”

It would seem there is hardly a conversation where this saying is not applicable, but one has to wonder where Twain spent his winters? L.A.? While summers in San Francisco are for the most part one of the most horrible things imaginable, they probably don’t rival real winter pretty much anywhere.

It would have been more apt to say, summer in San Francisco is, “the stupidest summer I ever spent,”; “the most disappointing one imaginable,” or “another good reason not to buy a romper.”

And, honestly, Mark probably did say all those things, but some surly admin assistant forgot to report it for plagiarism on Wikipedia.

San Francisco’s optimists are quick to point out that the summer sun does actually usually come for 2-3 hours midday, but how can you really give a fuck about that when you are a vitamin D deficient admin assistant being distracted from a glimpse out the window by someone taking great pride in being the first person to mistakenly tell you that Mark Twain found the San Francisco summer to be a little chilly?

And it’s like, well, thank god you told me, or else I may have had to go get a degree in meteorology in order to verify that the weather is, in fact, cold, and that I can’t go to the beach, and I hardly want to leave my apartment, and it’s nothing like visiting my grandma in Florida and drinking ice cold Fresca by the pool while complaining bitterly about the heat.