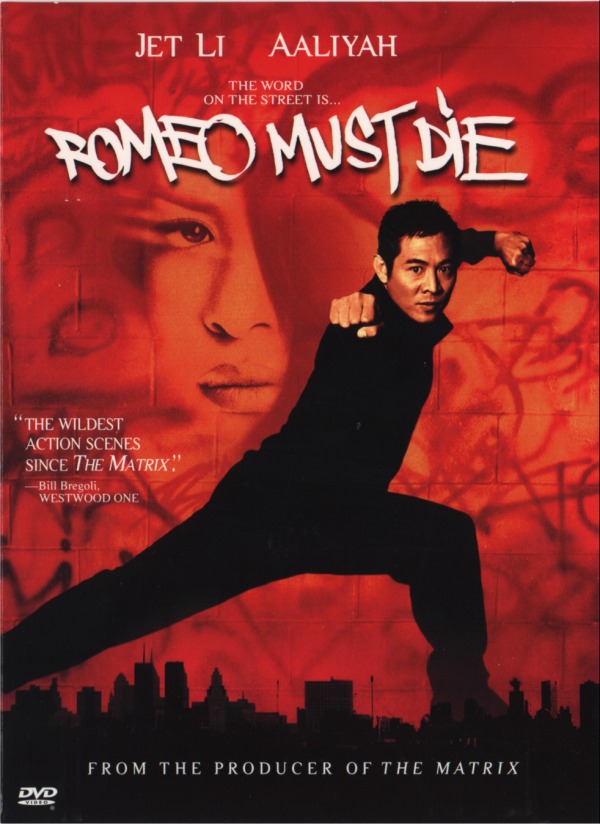 After a couple weeks watching mumblecore and reality TV, it’s time to get back to the badass side of the Bay, because there really ought to be more to San Francisco than white girls bitching about how hard their really great jobs are.

And speaking of loose, we’re opening up a little bit here because the film is ostensibly set across the Bay in Oakland, but after from the opening montage which features a Mercedes rolling through San Francisco set to DMX there are exactly zero scenes shot in the Bay Area at all.

Also, apparently there’s a time warp in the Yerba Buena Island tunnel that takes you from the Bay Bridge to a Silk’s (played by DMX) nightclub in Oakland (played by Vancouver). Heads up: Buddha Lounge alert at 0:46!

Immediately after this scene, there’s some unnecessary nipple exposure on the dance floor at Silk’s. I’m assuming director Andrzej Bartkowiak included this to to keep people from leaving the theater too quickly. Which, was a smart move because it takes another twenty minutes before we can start to figure out what the hell is going on with the plot that wavers from unnecessarily complex, to kind of interesting, to what the hell just happened?

The gist of it is, there are two rival gangs: Black people and Chinese people (and I’m not being aloof here, they actually don’t offer any clever gang names). These two gangs don’t like each other very much because they’re both trying to control all of the amazing waterfront property (in Oakland, mind you), but not so they can traffic guns or drugs or anything exciting – they both want to sell it all to a white guy named Vincent Roth who looks like a B-team Patrick Bateman and wants to develop it into a ridiculous-looking NFL stadium.

Things go all wrong when Po Sing, the son of the Chinese boss is killed because he was hanging out in Silk’s with the nipple-flashers. Meanwhile in Hong Kong, Po’s brother Han (Jet Li) hears the news and breaks out [Note: this was Li’s breakout role in America, GET IT?] of prison by “borrowing” a guard’s uniform and bicycle, explaining that he needs to go to “The Track” because he’s got a hot tip on the third race. Bicycles? Horse Racing? Dude is hella ready to throwdown in Oak-town.

From there we spend the rest of the movie trying to figure out who killed Po and who is blowing up all the waterfront properties that won’t sign over their deeds (because that wouldn’t hold up development of the new Raiders stadium at all).

The Romeo bit of course means we’ve got to have some star-crossed lovers at some point. Enter Trish (Aaliyah), the daughter of Black Gang Patriarch Isaak O’Day (played by real-life Bay Area local Delroy Lindo), who catches Han’s eye on his search for vengeance and box seats at Raiders home games. Trish has a great life in what may or may not be downtown Oakland, which we know because she runs the only combination coffeeshop/art gallery/urban boutique/DJ space named after an Earth, Wind and Fire song where all the staff spontaneously break out in to dances with the kids from Sesame Street:

We also know she kind of has a thing for Asians because she really loves dragons:

Impeccable character development that makes up for the fact that Jet Li has about 7 lines in the whole movie. And SPOILER ALERT: Han and Trish never so much as make out, which according to wikipedia is because that scene didn’t test well with an “Urban Audience”. He does climb to her window at the Capulet compound though:

Speaking of Capulets and romance, the plot takes a surprising turn towards the Shakespearean when we find out the real villains are lieutenants Mac and Kai (it’s all way more Macbeth than Romeo & Juliet to be honest). Turns out these two have been doing all the dirty work of blowing up innocent barber shops while Isaak, on the other hand, is trying to go legit.

Ch’u Sing, the Chinese leader, is actually just an asshole by comparison. Especially since he has all the other Chinese family leaders sent to a meat processing plant and ordered the execution of his own son. He’s a royal jerk indeed, but when he is left to face the consequences of his filicide he does the honorable thing and does himself in with a pearlescent revolver.

The greatest part of this movie though, is how it is simultaneously oblivious and self-conscious. Take Maurice, a real Shakespearean clown played by comic Anthony Anderson, telling Trish he’s going to find her “Aaliyah-lookin’ ass!” FOURTH WALL: SHATTERED.

And Han’s first interaction in America is with Trish who jumps into the back of his stolen Taxi. When he explains he learned to drive (on the wrong side of the road) in Hong Kong Trish asks, “Is it true what they say about Hong Kong? That you guys do Kung Fu? Can you break one of those boards with your head?” FOURTH WALL: SHATTER-ERED.

And, perhaps acknowledging that this movie is little more than an extended music video meant to sell copies of the soundtrack, Trish lip syncs to an Aaliyah song in Silk’s nightclub, just before the whole thing falls apart and Jet Li tears the whole thing down.

Of course, to the locals, the real shattering of the fourth wall happens in the background, none of which looks even remotely like the East Bay:

If the Oaklanders in the audience are feeling slighted, then you’re not alone. Mac feels the same way:

Damn, that is some cold shit.

Previously on San Francisco explores the Fog City’s appearances in TV and Film, got a suggestion we haven’t watched yet? Leave it in the comments…