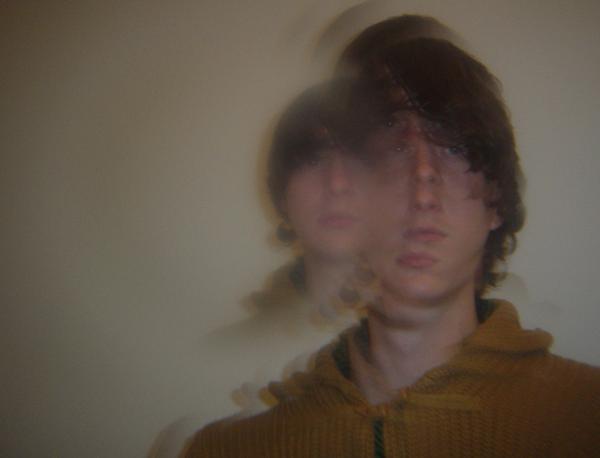 The crackles and blips on “Tomboy” were not a production choice (though no one would fault you for misattributing them to Panda Bear’s singular patchwork style); in fact, they are there because “Tomboy” was released on 7-inch vinyl.

Hearing the warm signature of that ancient medium on laptop speakers gives me a weird sense of ghost-physicality and a longing to be seated beside a rotating piece of black plastic. Longing – that’s a feeling that any San Franciscan trapped in this arctic July ought to be familiar with. That (and because it’s good) is why I chose this song.

For those who aren’t familiar with this mammal, Panda Bear (a.k.a Noah Lennox) is a central member of Animal Collective. His last solo release, Person Pitch, was an uncompromisingly gorgeous work that showed he could hold his own apart from the pack. Some would say it even gave Strawberry Jam a run for its money.

While “Tomboy” is unmistakably Panda Bear – dreamlike vocal layering; instrumentation that runs together, transcending the particular technologies that went into it; a patchwork foundation of hodge-podge sound bytes (is that a dog panting in this one?); and of course, Noah’s unique approach to vowels – it is decidedly less ambitious than many of the Person Pitch tracks. “Tomboy” is a simple song that exits as politely as it came; it does not take on anything like the evolving twelve-minute “Bros.” Even “Comfy in Nautica,” the opening anthem from Person Pitch and a song of even starker simplicity than this one, leaves more of an impression.

In short, I’m pleased, not floored, by this song and I’m very excited about the upcoming full album by the same name, due for release in September. If Tomboy is anywhere near as aesthetically cohesive as its predecessor, then a single-track critique would be a misstep at this point.

Don’t miss Panda Bear at the Fox in Oakland in September 6!

Listen to “Tomboy” here on Hypemachine.