Google Phone’s Been Gone For A Week, People Continue Not To Mourn 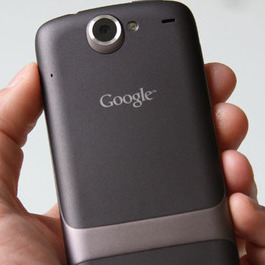 Last week Google annouced that it received its last shipment of much-hyped Nexus One phones, and will no longer be carrying them in US markets or sell them online. Did you notice? Probably not, because, to put it simply, the Nexus One, while a feature packed and sleek phone, just couldn’t match the competition.

I was first introduced to the Google Android software way back when the Blackberry Curve was in vogue and I was with T-Mobile. I was excited to learn of the Android OS and what it would bring to the cell phone table. A major setback at the time for me was that Android was still in its infancy, and with the rise of third party applications for the iPhone and other competing smartphone devices, Android in my opinion still had a lot of work to do before I jumped on board.

Most of the first Android phones have come from cell phone manufacturers HTC and Samsung, but this past January Google released its much hyped Nexus One cell phone. The allure of this phone was that it came unlocked and could be used with any cell phone carrier.

The Nexus One came with a brilliant display and a cool noise cancellation feature while you’re on a call. Additional features included an accelerometer, voice recognition, 3.5 mm headphone jack, and 5 megapixel camera. The Android OS allowed for full customization of your home screen, where you can add and delete widgets as you please, and even animated wallpapers (which were too busy for some business users). I remember reading articles about the specs on the phone, even some mock diagrams of what the phone would look like. The hype surrounding the phone was definitely high. So how did it measure up? I still can’t tell you.

The reason is because Google didn’t release the phone to the public until this past May, a major setback for eager potential customers because a cell phone is something that needs to be touched and toyed with before purchasing. For something that is as personal as your handbag or wallet, that goes with you from home to work or school how could Google expect customers to just order it off their website and hope for the best? Needless to say, sales were far from stellar, with Google selling less than 200,000 units in the first few months of its release.

In addition to abysmal sales, the phone, while having a beautiful display and loaded feature set, was nothing “revolutionary”, as stated by CNET.com editor Kent German during his review of the phone. Indeed the competition was fierce for the best user-friendly, feature packed, and multi-tasking phone to satisfy today’s consumers.

Google Android’s operating system boasts an unique customizability that while requires a short learning curve to master, satisfies users as reliable and a great iPhone alternative. To date, there are over ten different Android operating cell phone devices scattered about on Sprint, Verizon, AT&T, and T-Mobile. HTC is a leader in the group, and likes to take things a step further by customizing their phones to complement the Android operating system. This combination has created a great multi-tasking device, as evident in their latest cell phone, the HTC Evo with Sprint. Also, in a recent comparison on cnet.com’s “Prizefight”, the HTC Evo squeaked by the leading competition, the iPhone 4, and earned the title of “most feature packed phone on the market”.

Owners of the Nexus One I spoke to still claim that their phone is great, and greatly surpasses any iPhone. However, a couple noted that when there were problems with their phone it took longer to fix, due to lack of customer support. Also, when I chatted with a couple of T-Mobile sales leads, both noted that at its release, there were better phones available in stores than the Nexus One, and the fact that customers can walk in and out with one on the same day is one of the biggest reasons the Nexus One didn’t have a chance.

According to Google’s VP of engineering Andy Rubin, the Nexus One set out to achieve two goals: to introduce a beacon of innovation among Android handsets and to make it quick and easy to buy an Android phone. Now with all the other Android phone available on the market, this might be the best time for the company to cut its losses and shut down Nexus One and move forward with new innovations in Android’s software.