Be An Extra In Moneyball, Finally Have A Reason To Cheer In The Oakland Coliseum 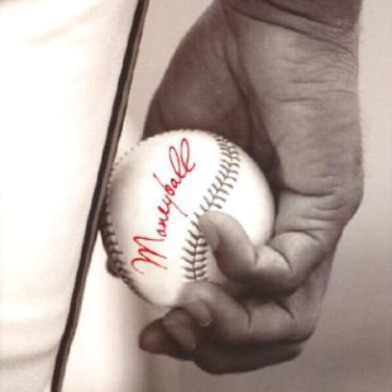 A’s fans: would you like to see something great happen in the Coliseum with you involved? You know, possibly cheering on that extraordinary event? Attendance may be plummeting at actual baseball games at the Oakland Coliseum, but as plans move ahead on the big screen adaptation of A’s-centric book Moneyball, the stadium whose team has lately been referred to as the Triple A’s may see a resurgence in actual human life.

The Brad Pitt starring movie primarily focuses on the 2002 season and how general manager Billy Beane took Oakland’s small-market payroll and transformed it into big-hitting success. According to SFGate, many beloved former A’s personnel will have a hand in the movie, with former manager Art Howe playing himself, among other greats.

ABC reports that filming will start on July 26th and wrap up around August 6th.

There will be plenty of opportunities to be an (unpaid) extra, sign up here. A good portion of scenes filmed in the Coliseum are meant to recreate the A’s stellar 20-game winning streak. I remember being at five of those games and loving every minute of them (as well as Billy Koch’s fantastic facial hair). Although it’s incredibly exciting to reminisce, what about also focusing on this season?

Okay, try to forget the fact that we just got swept by the Yankees and are about to experience it again with this weekend’s series against the Angels. But we’ve become so dismal that to recreate that fantastic season, Coliseum personnel will have to untarp Mount Davis because those seats are no longer available and haven’t been since 2006, the last time the A’s even made it to the post-season (where they absolutely chocked against Baltimore. Who’s laughing now, worst team in baseball?).

I used to sit in those seats, facing the ever-present threat of nosebleeds along with such fanatics as banjo man and the couple dressed as an apple and hammer (you remember them, too, right?). Where have the other fans gone, though? Obviously not to Fremont, as those stadium plans got nixed quite quickly. Speaking of which, how can any good-standing A’s fan demand their team stay in our beloved Oakland and yet let attendance drop to Expo-level lows?

If Moneyball sees an impressive turnout, I demand that the team Lewis’ book so lovingly honors sees similar numbers as well. Regardless of how innovative Moneyball once was, the rest of the baseball world has seemingly caught on and for quite a few seasons, the A’s have been beaten at their own game.