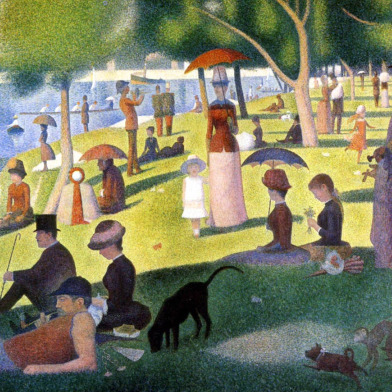 Is there anything more depressing than the low melancholy that rolls in at 5 o’clock on a dreary Sunday afternoon? Probably some things yes, but this is WAY up there.

Years ago I wrote a poem about how much I hated Sundays, because I already hated them and then would have to listen to my roommate giggling with her boyfriend downstairs, and since I didn’t have a boyfriend to giggle with I just stared hatefully at the wall and thought about dropping out of college to get more serious about my drinking.

It’s not that Sundays are intrinsically terrible. The real reason for my enmity is that they are the small hill from which every week I am offered a glimpse of five other stupid little hills that stretch out in a long line of going to bed early, and sobriety, and no concerts, or dinners out, or excursions to Marin.

B told me I should get some midweek hobbies, like how he plays soccer, but I told him that I would dread the week even more knowing I had to play soccer during it. He countered this by saying I should get a hobby that was more suited to my interests, and I think he used the word ‘intellectual’ which made me feel pale and ugly.

You might think that this total Sunday hatred would be cured by unemployment, and I thought you might be right so I tried that and you were wrong, so I want my money back. I’ve figured out that the only thing that would actually cure it is if everyone were unemployed and then everyday would be the weekend, except we could drop the ‘end’ and just call it the week, because that’s what it would be.

Sometimes, I wonder why the person who created the 5-day workweek hated people so much. I mean how am I even supposed to have time to make the vision board that I just read about in O Magazine, if I only have two days a week to do it, and so much of those days is devoted to drooling and reading O Magazine?

And if I can’t make my vision board how will I ever know what I want to do with my life? Forget catch-22 reader, it’s the catch-40-hour-workweek that’s really gonna get you.