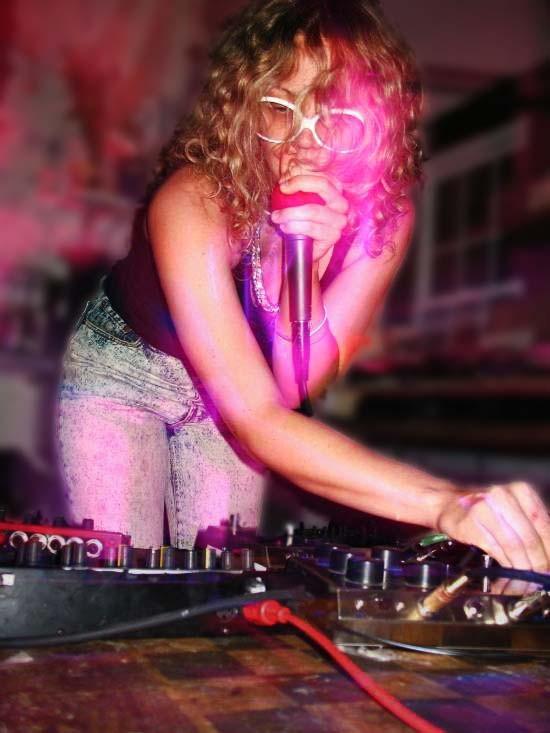 MNDR (apparently pronounced “Mander” – her name is Amanda Werner) grew up on a farm and became obsessed with German techno. Oh boy. Her premier EP, E.P.E, is a solid-gold work of electronic pop.

E.P.E bears relation to a lot of music from Kraftwerk onward, up to fellow Portland electro-pop royalty YACHT. It’s obvious that this duo (Amanda and Peter Wade) have paid damn good attention to that kind of music of the past 35 years. Their technical, well, craft work is what sets them apart. E.P.E is just so good I’m gonna blabber about the whole thing.

The album is bookended by two party/dance numbers, “C.L.U.B” and “Jump In,” that put recent Madonna to shame. Pure works of pop at heart, the content of these songs lies not in the words (“Jump in!/lose yourself/let’s all give in/to the sound … commit!/your innocence/let’s all commit/no resistance”) but in the giddy gusto with which Werner ecstatically launches them. And the real magic, of course, is in the layers, the textures and the way the chorus drops on “Jump In” to make you lose your shit.

Sandwiched between are the blood and guts of the album (in the best way.) “Fade to Black” keeps the tempo up as Werner pokes the embers of a peculiar relationship (“out of touch/your touch through my bones/turns me to white gold/as we fade to black/we fade to black.”) The lights dim as the song fades into “I Go Away,” a gorgeously articulated break up anthem. Werner’s taut vocals here get compared to artists like Santigold and Karen O. Neither of them could have sung it better.

And if you don’t fall in love with MNDR after listening to these (impossible,) check out this adorable Fader interview.