Muni’s Dripping A) Water B) Alien Blood C) Deadly Poison D) All Of The Above? 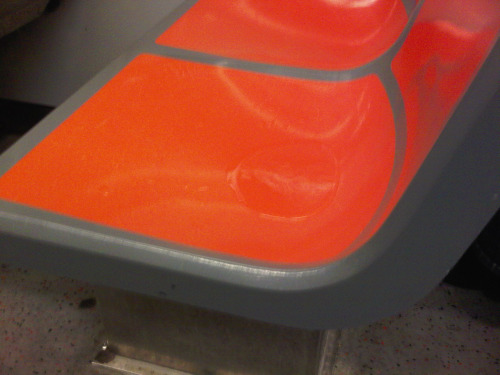 Is “rain falling from Muni” of those signs of end times, like locusts of rivers running with blood? A tipster sends us the above picture of a puddle on the seat of an outbound N Judah that, they say, came from clear liquid dripping out of the ceiling of a train, indoors at Embarcadreo station, on a day in which is was not raining.

We don’t have enough details on the issue to get any sort of answer from the SFMTA on what this liquid might be, or why it’s coming out of the ceiling of an N. My guess: injured alien lying on top of the train as his or her lifeblood trickles out. Let’s hope our tipster didn’t touch it — that’s how zombie movies get started.