SFIFF: The Loved Ones 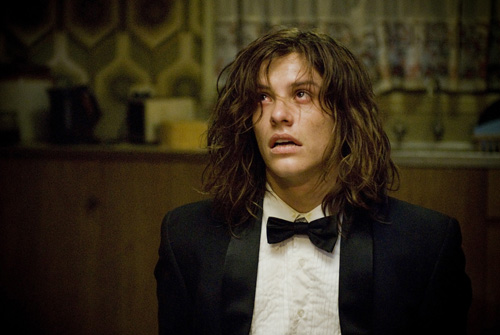 Who would have known girls with daddy issues could be so entertaining? As part of the San Francisco International Film Festival’s horror-ific Late Show, Australian film The Loved Ones has made me grateful that no one really wanted to go to the prom with me.

Directed by first-timer Sean Byrne, the film is about teen Brent Mitchell after the loss of his father. Medicating himself grief with drugs, heavy metal, his girlfriend and self-injury, he doesn’t really think his life could get any worse. But of course, in horror movie fashion, it does.

Brent makes a colossal mistake when rejecting the prom proposal of Lola, a pink loving social outcast with a father who just can’t say ‘no.’ As a result, Brent finds himself at her house, surely in for the worst and bloodiest night of his life.

The Loved Ones has been on my SFIFF must-see list since the beginning for the great cinematography alone. In addition, I was greeted by an pleasantly uncomfortable storyline, character development and enough gore that actually made me get up from my seat and grab a glass of water. The only fault I could find with the movie was the rather abrupt ending, I would have really loved more.

So if you’re into horror films, brutal gore and girls with uncomfortably close relationships with their dads, check out the film at it’s last SFIFF screening at 3:00pm, Thursday at the Sundance Kabuki Theatre.