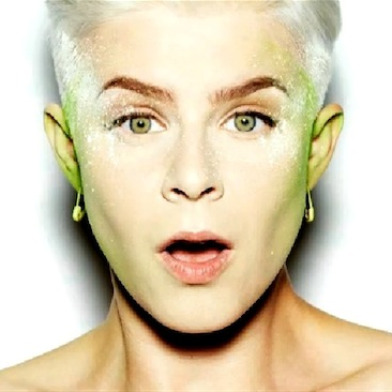 Everyone and their mother is weighing in on the “Is Lady Gaga a Legitimate Artist” debate. Meanwhile, in the cold, quasi Socialist, insanely attractive country of Sweden, another off-beat pop genius threatens to eclipse her entirely in 2010. Robyn is releasing three full length albums this year. In honor, this MP3 Monday covers three downright amazing tracks from the first-to-come, Body Talk Pt. 1.

“Fembot”
In interviews, Robyn has said she is toying around with “the concept of being a woman.” She has also said that “Fembot” is about 30 year old women wanting to have kids. Robyn just turned 30. She began her music career at age 16 and this song is testimony to the fact that over the course of those 14 years she has straight-up mastered pop music.

“Fembot” is flawlessly produced. Every electronic wobble, sex grunt, stop, and go is expertly placed. The song switches gears between rap, R&B and pop structure. Throughout, Robyn spits the silly and clever lines that are her trademark, all of which I feel compelled to reproduce here. I’ll restrain myself to the seamlessly crafted chorus: “My system’s in mint condition, the power’s up on my transistor workin’ fine, now bitches plug me in and flip some switches.”

Listen to “Fembot” on SoundCloud!