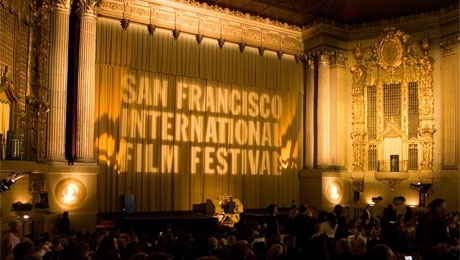 Hey! The San Francisco International Film Fest opens tonight, and we’re very excited! We have 8 staffers covering various events and screenings over the next two weeks, that’s how excited we are. To get our coverage started, we’re reminding you of Crystal Sykes’ take on the SFIFF press conference from 3/31. It’s a great way to start figuring out what you want to see. — EB

For all the movie buffs out there, the San Francisco International Film Festival is coming soon. I got a peek at the 53rd Fest at Tuesday morning’s Fest press conference, where director of programming of the San Francisco Film Society Rachel Rosen, along with programmers Sean Uyehara, Rod Armstrong and Golden Gate Awards Manager, Audrey Chang talked in depth about what to look for during the festival’s run from April 22-May 6.

Jean-Pierre Jeunet’s Micmac opens up the festival with a tale of son who seeks revenge against weapon manufacturers and closing the festival is a documentary of Joan Rivers. I don’t think I have to say anymore about that.

The portion of the festival I find most intriguing is Live & Onstage feature, which introduces a more interactive apspect to the films shown. One film that seems very appealing is the showing of documentary Utopia in Four Movements, narrated live by documentarian Sam Green. Don’t want to miss that.

Another Live & Onstage feature is A Drunken Evening with Derek Waters. Derek Waters is the mastermind behind the insanely funny Drunk History, where actors reenact historic events as retold by incredibly drunk people. A Drunken Evening will be a night of “mild debauchery” as described by programmer Sean Uyehara, with conversations, film shorts and drinking.

The conference ended with each person giving their recommended movies and documentaries of the festival. Among those being Pianomania, Restrepo, Rejoice and Shout and Cold Weather.

Me personally? I’m looking forward to Australian horror film, The Loved Ones and You Think You’re the Prettiest but You are the Sluttiest, based on title alone.

Go to the official websiteof the festival for more information, showing times and ticket sales. As of right now, tickets are available to San Francisco Film Society members only. Learn how to join here and save yourself a couple of dollars for movie tickets, or wait for tickets for the general public on April 1st.