Things San Franciscans Like: Complaining About The Dating Scene 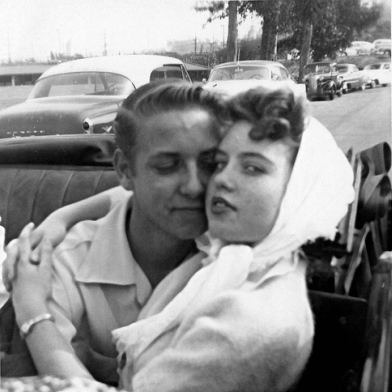 “I’ve never had as much trouble finding people to date as I have here,” a woman wrote. “I moved to the city after a nasty breakup, expecting to casually date people,” she continued. “I couldn’t even get laid at first.” –SF Weekly

San Franciscans love to complain about how it is so hard for San Francisco’s women, who are all beautiful, funny, and as sweet as kittens sliding down rainbows into tubs of bubbles, to meet and then date men who are anything like George Clooney. They will tell you that this is because San Francisco’s men are mostly gay, or uninterested in dating women in a not gay way, or unwilling to approach women who they find attractive because they are afraid of rejection or commitment or completely committed rejection.

It seems that any woman, even if she is only a casual traveler in the city for business, takes an instant dislike to dating in San Francisco. While these women would be the belle of the ball in ALL other cities in the world, including certain places in Antarctica where there are only penguins, they are simply unable to find a suitable mate in San Francisco or to even talk to a person of the opposite sex when they are at Hemlock with their dating instructor.

If anyone ever tells you that they are a dating instructor and then advises you to walk up to a stranger and say, “I like croutons,” you need to go check yourself in the mirror. If you still don’t look like Penelope Cruz than you know this person is fucking with you.

Of course gushing about toasted bread pieces to strangers is probably still going to get you further towards a date than the typical San Fran-female’s approach, which is to walk into a bar looking aloof, talk to your girlfriend about how much you enjoyed Coco Before Chanel, and pointedly ignore everyone around you until you leave after two drinks.

Even calling this tepid behavior the wet blanket approach would be too generous. When it comes to dating San Franciscans prefer to be moist towelettes.

These attitudes ensure that bars in San Francisco present a kind of sleep inducing stalemate where there isn’t even enough eye-fucking to keep the coked-up awake.

I’m not a dating columnist, and no one has ever called me Dana Savagista, although maybe they should, but if I’m at a bar and I’ve had 12 gin and tonics, and I see something I like, I go and attempt to pick that thing up.

Whether you open with croutons or not you’re probably going to look a little lost and a little awkward, but that’s character building, and that’s also life, and isn’t it worth it for the chance to get laid on the regular?