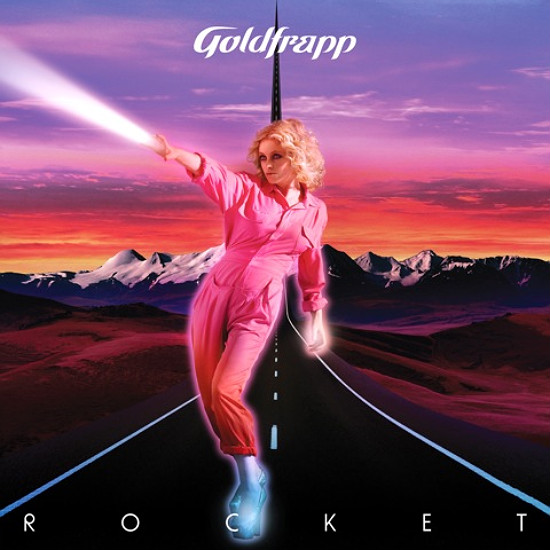 In the four months that I’ve been writing MP3 Mondays, the 80s homage has not waned. Lucky for the listening population, it continues to match or surpass the awesomeness of music actually produced during the 80s (benefits of hindsight, I suppose.)

I call it the distillery approach: taking a mediocre (but well aged) product and distilling out the impurities, the result having a sugar saturation of which the FDA would not, could not approve. The question of artistic merit aside, I’m always down for a dose of high fructose 80s pop syrup. Without further adieu: Goldfrapp’s “Rocket.”

In an interview with Pitchfork, Goldfrapp tells of their intent to make a “jubilant” album, citing the score of Top Gun (“That sound so uncool it’s cool”) and Van Halen as occupying the intended sphere. I defy you to come up with something more jubilant than Van Halen and Top Gun’s colliding spirits.

The lyrics don’t get much more complex than “Oh oh oh! I’ve got a rocket! Oh oh oh! You’re goin’ on it! You’re never comin’ back!” If you’re one of the sad individuals I see on BART who look like they maybe couldn’t rejoice in sky high synth carrying lyrics like that … um, I hear there’s a new Joanna Newsome album out?

Goldfrapp’s upcoming LP, Head First, is due March 23. For now, listen to “Rocket” here on Pretty Much Amazing!