MP3 Monday: Thao With The Get Down Stay Down’s “Know Better Learn Faster” 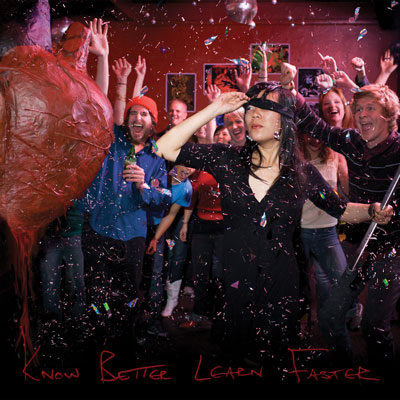 The title track off SF-based Thao with the Get Down Stay Down’s second album is not the band’s best known. That particular honor would probably go to an upbeat little ditty with a cheeky claymation video called “Bag of Hammers.” That’s the song used to get listeners acquainted with front-woman Thao Nguyen on her Noise Pop Festival bio page and, in a way, it is a perfect catchy emblem of Thao’s overall sound.

But if you’re looking for something a twinge more bittersweet without a full-on case of the sads, “Know Better Learn Faster” might be a slightly better fit. It starts out soft enough, with just Nguyen’s raw voice layered over a twangy riff and then builds into something that’s folky and lush at the same time. Swooping strings and whistling lend a little melancholy to the mix, while the melody moves along at a jaunty clip.

Word on the proverbial street is that Thao plays a pretty fun live set and if you happen to be in Berkeley on February 12, you can catch one for free on Lower Sproul Plaza at 5. If not, Nguyen is flying solo for Noise Pop at the Swedish American Music Hall on February 27 with cute-voiced folkist Mirah.

Listen to an MP3 of “Know Better Learn Faster” here, or check out the MySpace.