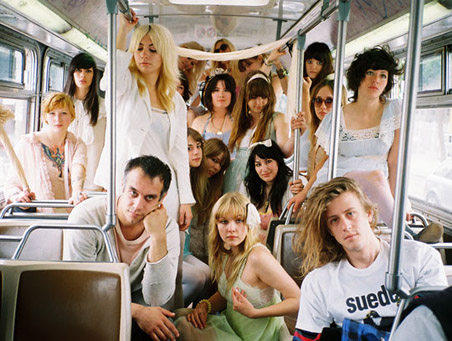 You know this song. It’s a sappy classic, but Skeeter Davis’s totally earnest delivery and the rueful melody have always kept it far from irreconcilable cornball territory. It’s sweet, you know?

Either Christopher Owens of critical flurry-worthy local act Girls tends to agree, or else he’s got a well-hidden sense of irony. Because when he wails “Don’t they know it’s the end of the world?” he sounds nothing but genuinely heartbroken. Epic reverb and a slight downshift in tempo take the sorta cheesy, sorta just plain depressing lyrics to literal new heights. It feels like Owens could actually be singing from some kind of post-apocalyptic bunker of his own device.

Maybe boys can cry, after all, but from what we hear, these guys’ music isn’t always so sad-faced. Girls apparently played a pretty San Fran-tastic set at the Great American Music Hall on Valentine’s Day , and now, according to their MySpace, they’re off to Europe. But they’ll be back for Coachella, of course.

Listen to Girls’ version of ‘End of the World’ on Pitchfork.