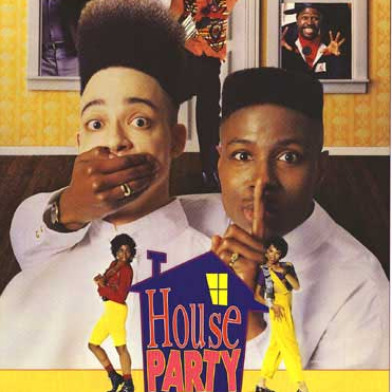 Raise your hand if you don’t like house parties!

If you issued this command to an auditorium full of San Franciscans, the only hands that would go up are the ones belonging to people who are just naturally contrary by nature, the kind of people who claim to hate The Office.

In other words the only people raising their hands would be lawyers and 5-year-olds.

Have you ever noticed how difficult it is to mingle at bars in San Francisco? It’s like if you go to a bar you better like the people you showed up with because you are going to be talking to them all night.

Who knows what scientific rule applies to this phenomenon, but at house parties mingling just happens. People are chatting, they’re meeting, they’re laughing and making jokes at their girlfriend’s expense. They’re feeling so good and self-congratulatory because they were finally invited to a party, that they can pretty much remove the quotes from “good time.” And it’s this kind of freewheeling, beer-bonging attitude that draws San Franciscans like moths to a blowtorch of good cheer.

People almost never ask guests at a house party to pay for their booze, and I don’t mean like at those art openings where the drink is free, but the suggested donation for the drink is $5. Which forces you, because you thought this would be a good night to leave your wallet at home, to feel bad when you toss a quarter in the jar, and then have to try to distract the bartender by asking complicated questions about the coat check, “I don’t just take off this pea coat for anyone, Mr. Sir. Are you getting fresh with me? What security level are you operating at?” The only suggested donation at a house party is genuine laughter and good times.

House parties are like the bar where everyone or at least one or two people know your name, where the drinks are free, and the possibilities of shot-gunning are endless. The bar we’ve been looking for, a good place to find drugs, the reason our ancestors walked the Oregon Trail, the reason the computer game Oregon Trail was invented, and why you learned to caulk the wagon and float in the first place.

House parties are America. Go get some.