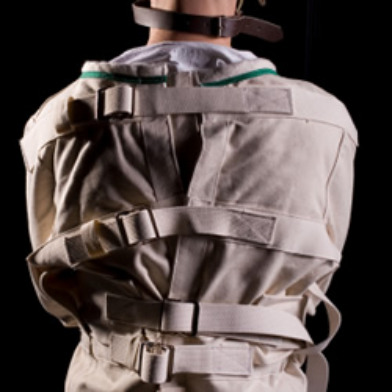 If there is one thing San Franciscans like more than a well-timed Trauma joke, or a badly timed Chris Daly joke, it’s talking about their encounters with crazy people.

When you hear a San Franciscan say that their city is filled with nuts, you might think they mean it as a lament, when actually this is exactly the kind of back-handed brag San Franciscans are best at.

Anyone who has spent any time whatsoever in San Francisco has seen some things they would rather not have seen, and has probably seen some things that make them want to slam their face into a brick wall made out of inverted nails (and bricks).

It would be literally impossible to tell that seeing whatever horrible thing they just saw wasn’t the zenith of their existence, because they take every opportunity to talk about it to anyone who is even moderately conscious.

You’ll mention something about this one time you thought you saw your friend, but it turned out not to be your friend, and they will tell you that that reminds them of the time that they were punched in the face by a raving lunatic, while on their lunch break from their temp job at Batter Blaster.

You might wonder how your totally uninteresting story of barely mistaken identity could have reminded anyone of being punched, but you can just stop wondering that right now, because everything reminds San Franciscans of the time they got punched in the face by a homeless guy.

Brief painful interactions with strangers who might or might not go through with their threat to escort you and your capitalist friends at Forever 21 to hell at knifepoint is pretty much the badass glue that holds a San Franciscan’s world view together.

Listening to San Franciscans talk about their encounters with these “disregarders of social norms”, you might think they were downright happy to see so many people taking their clothes off, throwing needles, or telling everyone on the bus to go to hell, and you would be right.

San Francisco is where crazy comes to live- to quote the sign hanging above my roommate’s bed – lucky you.