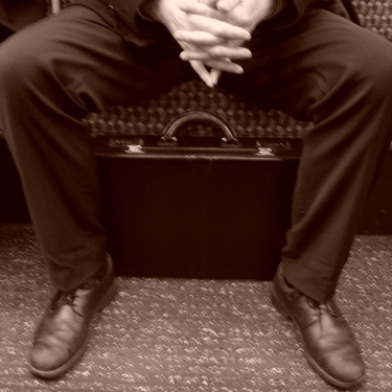 What if we lived in a world in which people readily handed over their sexual resumes to new partners? Not a list of who’s done whom, but rather a list of what you’ve done, what you will do, and what you’ll never do. It’s only natural that you should enumerate your skill set when you’re applying to a position with someone new, right?

Finding someone with similar or complementary sexual proclivities is often a roll of the dice, especially if you’re really kinky or have an unusual fetish. I know sexual resumes won’t catch on like a case of herpes in a freshman dorm, but for select communities they would put necessary information up for discussion. That doesn’t mean that a piece of paper should substitute for open and honest communication about sexual health, protection methods, and predilections. Come to think of it, most employers don’t hire from resumes alone: first the resume, then the interview. Then you get to work.

So what’s a sexual resume anyway? It can be anything you want to make of it, though I can’t claim originality for this idea. In my hypothetical world, resumes would read like normal resumes and would veer away from physical descriptions like a body measurements, a woman’s cup size, penis length and girth, etc. Unless, of course, you really, really want potential partners to know exactly how enormous your gargantuan knockers are. Ultimately, you’d use the document to gauge your sexual compatibility with a potential partner–not necessarily physical attraction.

I would recommend including the following information:

Summary/objective: Are you looking for a relationship, just dating, just fucking, or just playing? Do you want something exclusive or poly? Are you a bottom or a top? Generally speaking, what are you interested in and attracted to?

Sexual Health: Do you use protection or, if applicable, contraception? What kinds and for which activities? When was the last time you were tested and what were the results? Some people might want to know how many partners you’ve had, but this sort of information is rather inconsequential if you’re already discussing your STI status, but then again, it’d be important to know if someone is relatively inexperienced.

If you’re a visual person or especially enjoy downloading PDFs, check out the mock-up resume for the unfortunately fake Ava Ginah.

On this resume, I included a reference section, which is not necessary but definitely helpful if you want to know if the person is a Dom you can trust or won’t try to top you from the bottom. Of course, not everyone wants their potential/current partners trading notes with their exes. Not everyone is on good terms with their exes or have even talked to them in the last month. That’s okay. But keep in mind that just listing references telegraphs a lot of confidence on your part. You have people willing to say good things about you, people you haven’t completely scared away or emotionally damaged, people who still like you even though they’re not fucking you anymore. Mad props, girlfriend.

Sexual resumes, understandably, aren’t particularly sexy. It lets the cat of the bag, and airs out personal information before you’d normally reveal it. Some people are unwilling to share such details with just anyone, but it does offer an opportunity to have The Conversation sometime before the sex happens. So, you know, maybe you should let the cat out. Because that pussy should be free, open, and honest with the right partner.