Cell Phones On The Table Offend Tenderblog, Bauer, You? 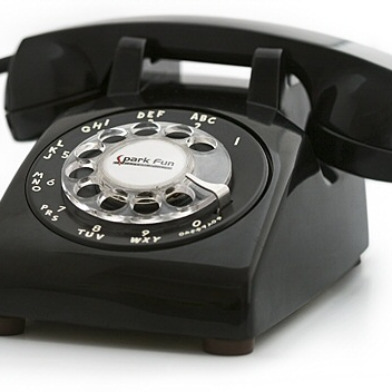 Tenderblog is claiming responsibility for pulling Chron food critic Michael Bauers’ strings today — according to the anonymous blogger, he’s responsible for the letter featured in today’s BauerBlog (I think I ripped this nickname offa Eater, sorry, Paolo), which says:

My wife, who waits tables in San Francisco, brought to my attention how many people place their mobile phones on the dining table. Four people at a four person table typically means four phones, and it becomes difficult to set down plates and glasses. I’ve traveled in Europe, where having your phone out is insanely rude, and Africa, where it means it will get stolen. I keep mine in the pocket and use this miraculous thing from the 1990’s called vibrate.

Are people in food-centric SF so involved with communication that they’re unable to focus on a meal for an hour? Since she pointed it out to me, I now see it everywhere I go.

Gate commenters go predictably batshit (I need to make a macro for that phrase) all “I don’t have a cell phone and don’t understand why you need one too!” and going off on some tangent about loud cellphone talkers at meals or cell phones at movies. THIS IS NOT WHAT WE ARE TALKING ABOUT. We are talking about putting your phone on the table.

Disclosure: before today, I was an occasional cellphone table person! I did not know that this was a big deal, besides how shit can get spilled on it which sucks. (Brock is a bump the table as he gets up and spill everyone’s drinks person, so I do practice care around him!)

But now I am quitting Table Phone cold turkey, because I might be offending Europeans, tempting those thieving Africans, or “discomforting” or “depressing” Bauer, who says the table phone “drives (him) crazy.”

What about you? Table Phone yea, or nay?