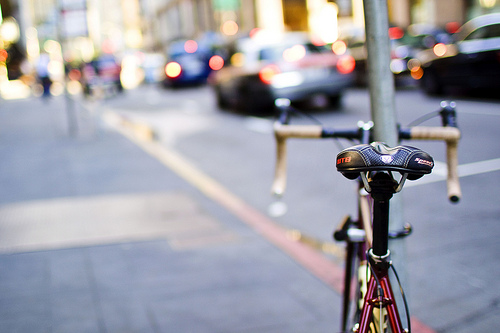 So, that’s over. The year, the decade, whatever it was. And it didn’t entirely suck. In fact, if anything, it was pretty good times for the pedal powered. Not one, but two, economic debacles with a heaping helping of gas price spikes, global warming awareness and endemic obesity all helped to make the bicycle a hot transportation and fashion accessory here in the United States of Automobilia.

Some highlights of ten years in cycling culture, as a bulleted list with no particular order, that spring to mind:

What were your cycling highlights from the last ten years? Do share them in the comments. As for the next ten years, I can only hope that we see more cyclists, more cycling amenities, and more public policy aimed at encouraging ridership.

Jackson West has ridden a bike around the San Juan Islands, up and down the Cascades, in Vancouver, Seattle, Brooklyn, Austin and all over the Bay Area. He feels fat and soft after riding entirely too little over the holidays. Have any bike-related questions? Send an email!