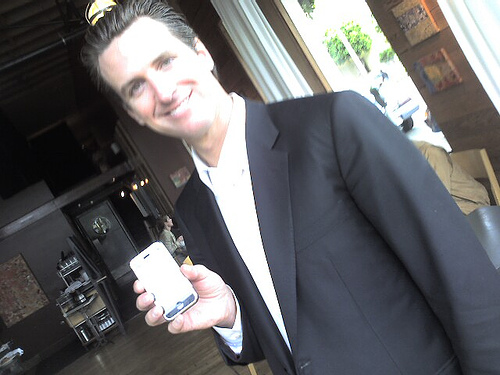 On Silicon Valley Watcher, Tom Foremski details some AT&T wireless phone apps he just saw demonstrated “at its annual technology showcase in San Francisco.” He notes that John Donovan, AT&T’s CTO told him “AT&T would soon be releasing some apps of its own such as one that allows users to quickly report any dropped calls and other problems.” (Emphasis mine)

Not answered in the piece is how one will make these reports if AT&T’s crappy gaps in coverage are what’s causing your calls to be dropped in the first place.

For example, AT&T fails to cover:

— Lincoln-Irving-Judah between 42nd and 43rd (basically, where I live, yay! This is why I never respond to texts sent to me on the weekend days, FYI. Also, I am a hermit.)

— Fell between Divis and Fillmore

— Almost all of Crissy Field

I just spent about 15 minutes looking for some Google map mashup that shows all the places in SF where AT&T drops the ball (link me in the comments if I missed it!), but apparently it’s easier to pin down Prop 8 donors than a reliable AT&T cell phone signal. Can one of you nerds with time on your hands make one of this map for us, please?