What an adventure, yesterday! I should have mentioned that the labs, the dachshund and the other dogs we met in Chicago made it to LA too, as did many relieved owners were there to pick up their dogs. As one man said as he was leaving with his white dog, “We love them. Maybe too much.”

Apparently, pups need to be rehydrated after a trip. Harry downed a bowl and a half of water, then we spent the night in Long Beach at a friend’s home.

Harry seemed a bit peeved at me, which ended by morning. Right now we are halfway to SF on the lovely I-5. Harry is doing great. 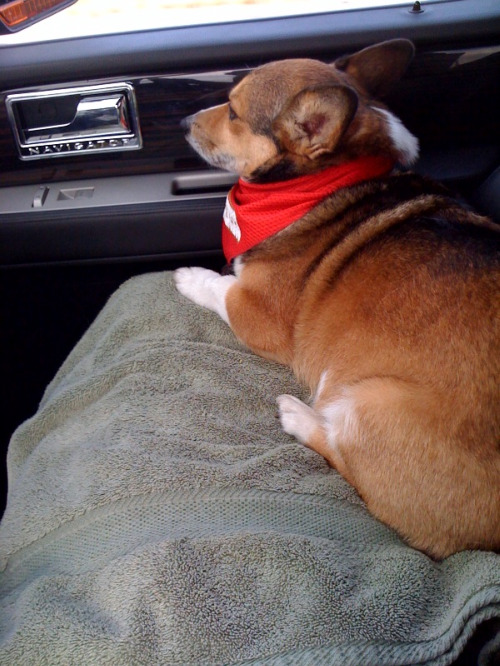