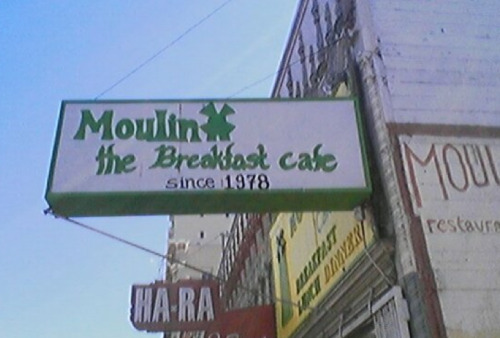 Tipster Brendon Constans (of the far too rarely updated site Transit Freak) just IMed us to say that he’d just eaten at Tenderloin mainstay Moulin Rouge* Restaurant “and noticed that they had changed their name to ‘The Moulin,’ covering or painting over everything that said ‘Rouge'”. Apparently, they’ve recently been forced to drop the “Rouge” after being contacted by the Moulin Rouge Cabaret, which you might know from that movie where Nicole Kidman looks real pretty then dies.

We spoke to Janet, one half of the husband-wife team that’s owned the Moulin Cafe for the last 32 years.

So, what happened? Why did you change your name?

But nothing else change, only the name! It was hard at first, there was a lot to do, but I’m OK now. All the boys and girls and the boy-girls in the neighborhood still love us, they’re still coming. It’s OK now. My neighborhood customers are still happy. 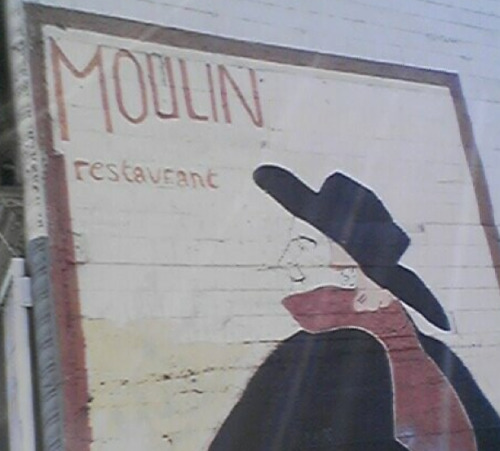